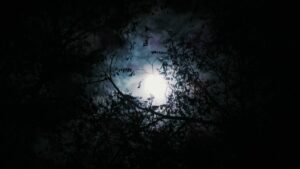 Last night was the Full Moon, and as usually this occurrence has a tendency to bring out in us abilities, ways of being and feelings which we are completely unaware of.

The case is that we exist being oblivious about ourselves. And now, perhaps more intensely than ever, through pain we are awakening to our full potential. Every month the cycles of the moon give us an opportunity to peal another level of our unconsciousness. We are offered a chance to integrate another piece of our fragmented selves into the whole. And when one attunes themselves to this specific process, when the moon is fully lit, something extraordinary can be observed on the inside that manifests itself in the physical plane.

Depending on a specific phase of awakening you are in, you might notice different reactions. Sometimes when the moon is full people act out of the ordinary, and if they don’t act out the pain, there is a profound transformation transpiring on the inside.

If you are deeply rooted in spirituality, if you are extremely sensitive and you do pay attention to what is happening to your inner being, the internal processes can be quite uncomfortable and overwhelming in the beginning. However, when you dig into the very core of yourself and persevere enough, you are able to spot fascinating processes.

When you are eagerly invested into the feeling sphere, you feel every single detail happening inside of you. Usually, the influence of the Full Moon can be felt even a few days before. Therefore, the Full Moon can do many things, yet it usually has the tendency to either bring out your heavy-duty unprocessed emotions or like in other cases, completely and temporarily immobilize you so you could look within.

It is as if your entire world came to a full stop ,and a shorter version of the dark night of the soul so to speak has fallen upon you again. And this unexpected disconnection from the external forces ask you to focus on what is within once again.

You feel the inner tumult. The desperation shows up again and that feeling of not knowing of who you are and what you are supposed to do, how to go about life. All these uncomfortable sensations are supposed to spark the upcoming energetic release, letting go of another part of you that still suffers.

When this was happening again to me last night, I really thought to myself that another round of letting go is too much and completely unnecessary. I was reluctant to go there. I was wondering what else was there to release. However, when something has to leave your system, at that time those answers are not coming, all concentration is on that very pain that has to go or to be integrated. And then, the release comes and you knew that you did let go.

By now I already know what it feels like. And as that part was done, I began to detect another, unexplored yet in my body sensation. Instead of fluidity in motion that was forcing the release, I found myself to be sort of motionless. The complete opposite. If limitation in movement and staying in one place forever was an option, I would definitely take it. I felt like a stone. I sensed that inside of my being, something was being revealed to me, I was showed a dormant block of energy that wasn’t aware of it before. It laid there untouched. Its structure was very solid. I could compare it to a huge brick of gold and that sort of image presented itself to me when I looked at it with my third eye. It was a valuable energy resource which wasn’t utilized by me at all. But I didn’t care about it much, because I was worried about waking up in the early morning. I felt so heavy I wanted to stay in bed indefinitely. Every single piece of my body felt heavy. And when five in the morning struck, and I had to get up and get ready for a gym class, I thought I would not be able to lift the covers because even that seemed impossible. It seemed that my core was stiff due to this solid energy occupying my body.

Through my morning routine I couldn’t get the image of that solid block of energy out of my mind. As I barely dragged my body through a working-out routine which this time apparently was not as enjoyable as it usually can be. In that instant, desiring so much to connect to that sense of joy of exercising that I know I can feel, I had an epiphany. Instead of having that solid energy dictate my fate and weight down on me I realized that I needed to move that solid structure, shake it up, dust it off, utilize this new resource, push myself more to have this golden solid brick of energy move through my entire being and my entire body.

The moment I connected with this intention, my entire energy changed and I entered this magnificent state of aliveness which began to flow through me and out of me. I felt as if my wires were replaced and I was receiving and interacting with life as if I was this brand-new, golden, updated model of myself.

The change it caused in me, is priceless.

This was one of those instances where the movement was necessary in order to get that energy going. However, not always I was guided to do so. Sometimes the releasing process requires more time and staying in place. This is something important to keep in mind. Intuition always plays a key role.